Eight members turned up to take part in this excursion which covered 3 quite different sites, ranging from the centre of Adelaide to the southern suburbs. We were greeted by the whiff of composting materials from the Adelaide Council Nursery as we waited for the full number of participants to arrive. 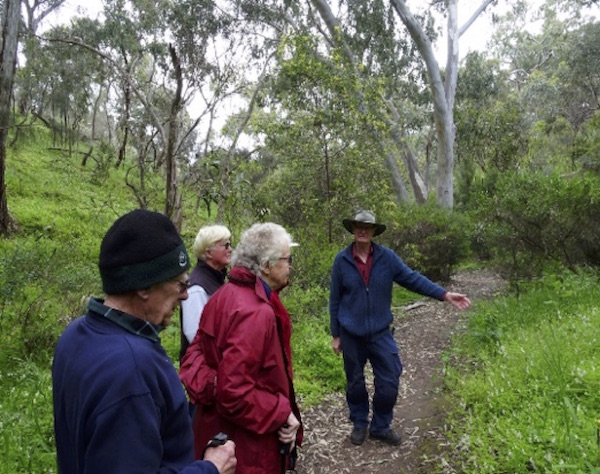 Our first walk was along the foot path on the northern side of the Torrens. The area between the War Memorial Drive and the Torrens path has been revegetated over time. The area between the Torrens path and the river contains a mixture of native plants and invaders i.e. nasturtiums, nettles, grasses and thistles. It may be that any flooding in the river makes it uneconomic to attempt to revegetate and provide adequate weed control for this area. The edges of the path closest to the river have been sprayed probably to prevent foot traffic from spreading weed seeds. 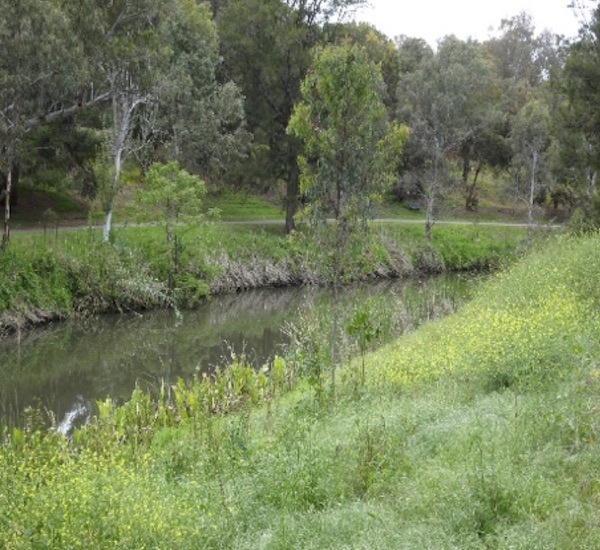 In the area closest to the road many local species have been planted in what probably started out as quite an ambitious project, they include ruby saltbush, greater bindweed (Calystegia sepium), native oxalis (Oxalis perennans), climbing saltbush (Einadia nutans), clasping goodenia (Goodenia amplexans) native flax (Linum marginale) and the New Holland daisy (Vittadinia blackii). The climbing salt bush was quite prolific; it grows over and through anything nearby and our guide suggested that removal is the only way to protect the diversity of the planting. There is an existing tree canopy so no trees have been included in the plantings. The apex species in our 250 metre walk probably were the grasses. Those we saw included Kangaroo Grass (Themeda triandra), Brush wire Grass (Aristida behriana) and Wallaby Grass (Danthonia sp). As we came to the end of our walk, we noticed some very distinctive scratch marks on the trunk of a River Red Gum. They were made, so we were told, by a koala. 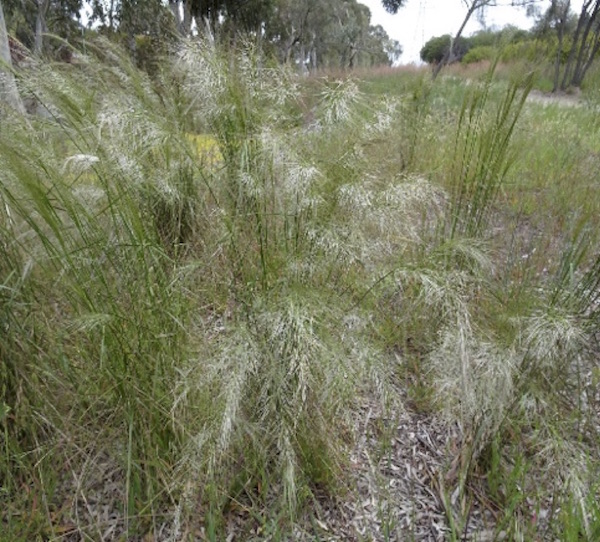 With our walk along the Torrens at an end we drove south to Flagstaff Hill. Tucked away just off Black’s Rd, behind a substation, is Minkarra Park. It was once part of SA Water’s reserve attached to the Happy Valley reservoir but is now managed by the Onkaparinga Council. A collection of pines was planted years ago along the highest ridge by SA Water, these are now beginning to deteriorate and are being cut down as needed. Callistemon, Acacia pycnantha and tea-tree were planted under the power line which runs through the park, probably because it was thought that they would not grow high enough to touch the line. Veldt grass, wild oats and wild vetch were very prominent along many of the pathways. 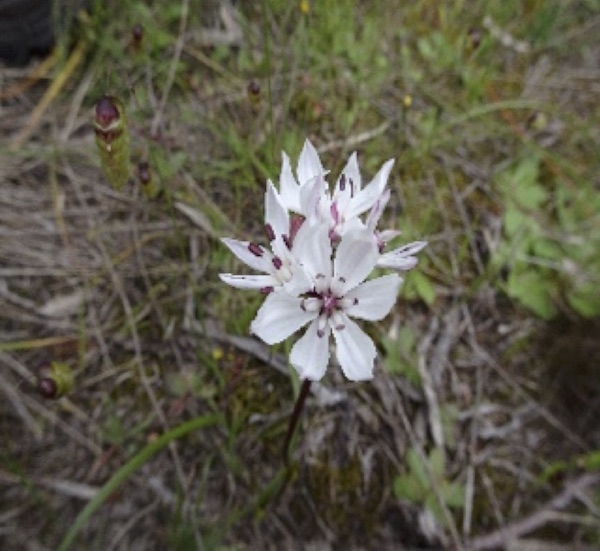 There are many examples of small native plants, such as milkmaids, parrot-pea, Arthropodium sp., Hibbertia sp., Duodena sp., sun orchids, Glossodia sp., sundews, mosquito orchids and the rare Dianella longifolia. Those we saw were in flower so obviously they are able to regenerate naturally. We saw a Calliatris where the main plant has died off but young plants have seeded and started to grow in the near vicinity. A Friends Group works in the park, focusing on working and weeding along the paths. The weeding is done selectively to allow desirable natives a chance to grow.