Our first visit for the day was at the plant nursery at Yankalilla and our guide was Matt. Matt informed us that the nursery commenced operating on 18 May 2018 with a small group of volunteers starting with 6 and grew to 14 in the first fear and 7,000 native plants for use in AMLR NRM Board coastal projects around the district.

In 2019/2020 the volunteer group grew to 33 people and cared for around 15,000 native plants in the Nursery – the majority of which were propagated and grown by the volunteers for coastal revegetation projects and Council plantings.

In 2020/2021 the Nursery expanded its footprint within the Yankalilla Works Depot with help from Council staff and around 40,000 plants have been propagated and grown by a total of 50 volunteers.

A current mission is to plant a corridor of vegetation connecting Mt Lofty and Kangaroo Island which were both affected by bushfires. A focus is planting drooping Sheoak to provide food and habitat for the glossy-black cockatoo flocks affected by the Kangaroo Island fires. 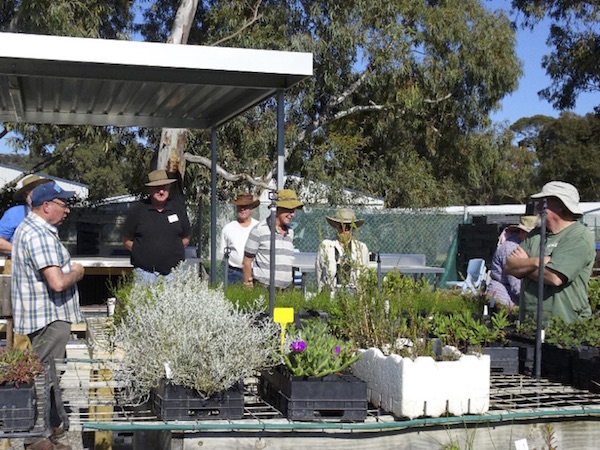 After our visit to the community nursery in Normanville, we travelled to the property of Andrew and Jane.  They have 50 acres of sheep farm, which they quickly reduced stock on (the previous owner was over stocking.) but have kept it as a farm as an income source.  They also fenced off 6.5 hectares of relatively untouched natural bushland (as it is on a steep-ish hillside, it seems to have been left as is by previous owner/s).

Plenty of native plants and decent sized trees suggest it may have never been cleared.   Some plants spotted by the group were: twining fringe lily, gnat orchids, donkey orchids, and my favourite plants: Drosera (sundews, I counted at least 3 different types).

The walk back up the hill to morning tea was interrupted by two animal sightings of interest; a sleepy lizard with quite yellow scales enjoying the sunshine, and an unfortunately dead southern brown bandicoote.  As rigor mortis had not set in and a large part of its tail was missing, the thought was it had perhaps been in a fight with another bandicoote. The deceased was removed from site to be frozen and sent to be studied. 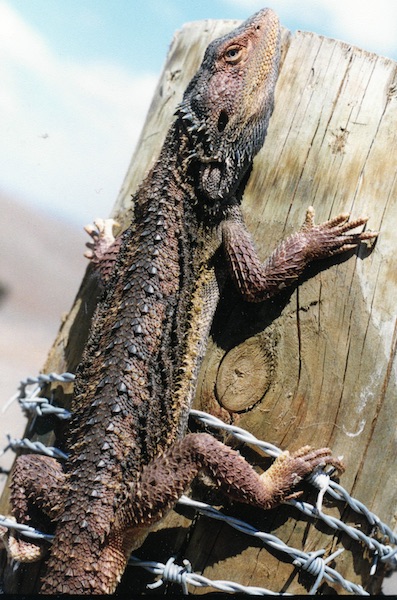 After all this, a morning tea was enjoyed by all, and the owners were thanked for their hospitality. We then moved off towards our next adventure.

We arrived at Anne’s home at Normanville just in time for a delicious afternoon tea with scones and cream. Anne has been a member of Friends of Private Bushland for many years and we were here to see the huge collection of native plants she has grown in her large garden.

Some of her older banksias and hakeas are over two metres high and she continues to plant any new native which takes her fancy (and might grow in a sandy soil with minimal water). Many of the plants are not local and many are not even South Australian. I lost count of species at around fifty. 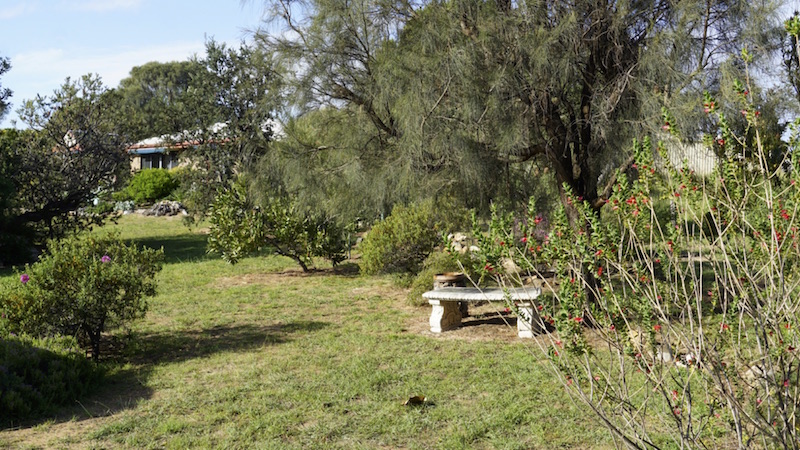