Our first visit was to Banksia Park, a small ribbon-like block about 3.5km by 2km just behind the main road of Normanville that is also known as “the Land of the Giants”. Silver banksias (Banksia marginata) is so called because the underside of their leaves are a silvery colour. They are widely distributed in South Australia as low and medium sized trees that can grow for 150 years. But on this patch of glacial Permian red sands it exists as stands of about 30 tall trees. This is possibly the only significant stand of the tree form anywhere in Australia. As such, the reserve was placed on the National Trust register of Significant trees Classification in March 1990. It also has an encumbrance that declares “it be held in perpetuity by the District Council of Yankalilla as a reserve for the conservation of indigenous Australian flora”. 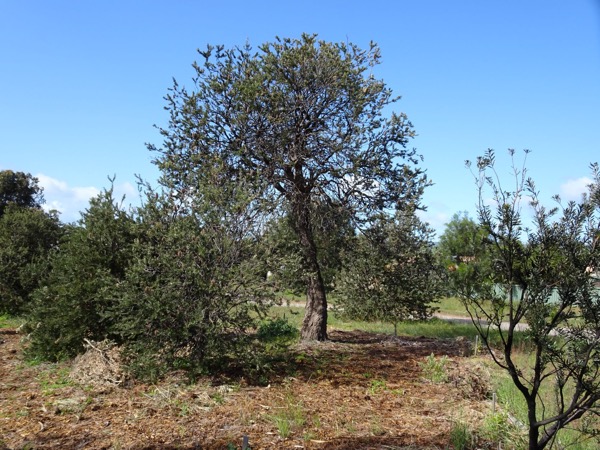 In 2018 a group of local people formed a “Friends of Banksia Park” to conserve the Silver Banksia trees and the nursery at Yankalilla is assisting by propagating seeds. We also noted a rare Royal Hakea (Hakea victoria) from WA had been planted on the fringe of the park, along with muntries, quandongs, drooping she-oaks, sticky hop bushes and callitris pines. The Royal Hakea has the most spectacular foliage of all Australian native plants. It is an upright shrub to 3m with large variegated scalloped leaves that change colour as they age changing from yellow to orange and finally to a rich red. It has been planted in an ideal location with well-drained soil in full sun. It is such a worthy specimen that we recommended to the “Friends” that nearby plants be removed from competition. 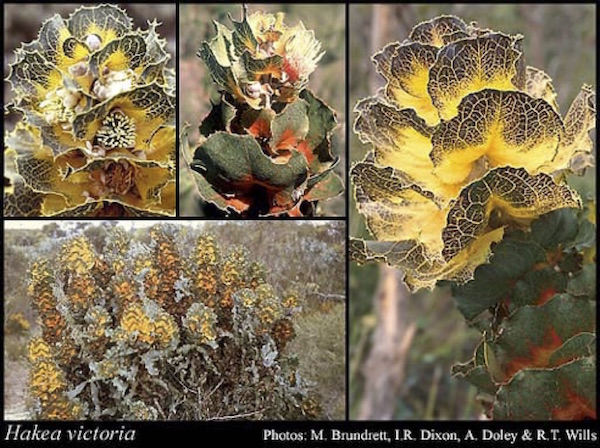 Our second visit was to another member’s property close to Normanville. The 150-acre property had been cropped for many years so the family planted mixed eucalypts from all over Australia. Those eucalypts originating from WA died off over time and many of the remainder were damaged by spray drift from their newly planted 20-acre vineyard in one particular year. However they responded with epicormic growth and now self -seed.

The highlight of the property was a drive to the top of some nearby hills where the view over Normanville and Lady Bay was nothing short of spectacular. 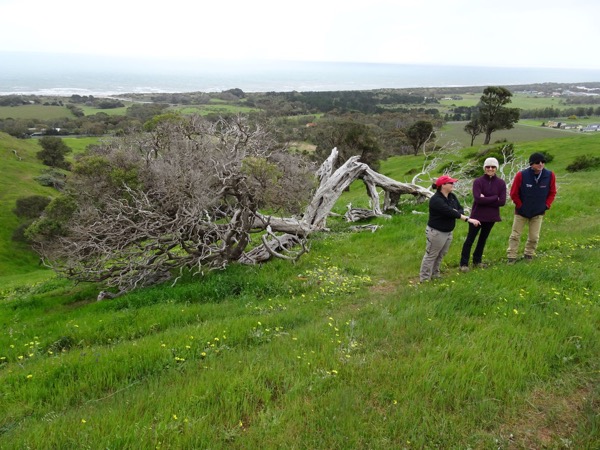 These hills were speckled with very old Pink or Hill gums (Eucalyptus fasiculosa) reputedly (and most probably) over 500 years old. They hugged the hills against the winds resulting in fantastic branch forms and a couple had large burls.) 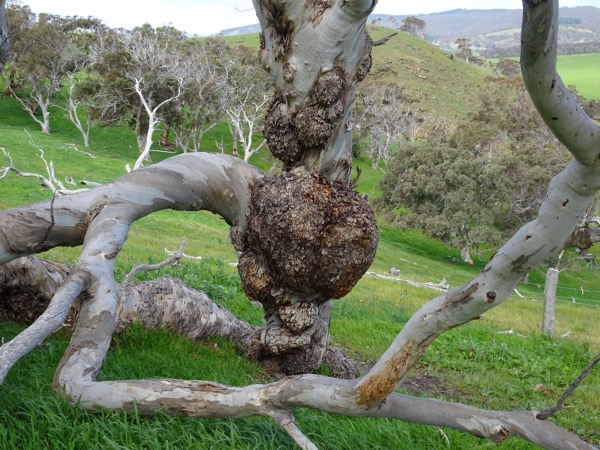 After lunch we drove on to “The Great Big Gorge Walk”, 3.6km return.  This pleasant walk runs adjacent to the Yankalilla river, along the original coach road (or the first Main South road) linking Adelaide with Yankalilla and Cape Jervis.  In turn this followed the path first walked by Colonel William Light, South Australian Surveyor General.  We came upon a plaque commemorating Light’s exploration complete with his 20 September 1836 painting that marked his route from the mouth of the river “Yanky Lilly” through the gorge and back. Light commented that the country “put me in mind of the orchards in Devonshire”. 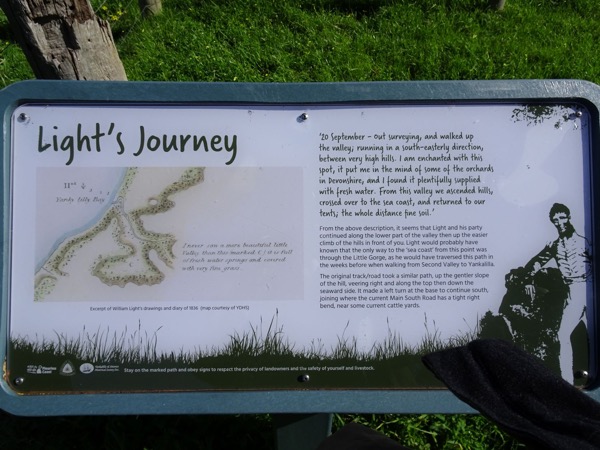 We finished the day with a short walk to the pretty two stage “Ingalalla” waterfalls in the Second Valley Forest. 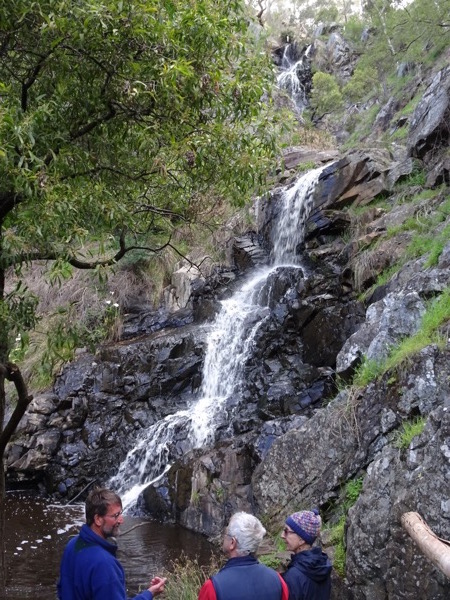